Wow, so much to say about Jenny & Nick’s wedding!

This pair were high school sweethearts and have been dating since they were about 15 years old.  Nick planned to propose to Jenny during their weekend away in Rome in March 2015.  This was to be a total surprise to Jenny, however Nick thought his cover might have been blown when Jenny’s dad asked him before they left “Have you packed all the important things?” (wink wink).  Thankfully Jenny didn’t notice this at all and the proposal went perfectly and of course she said yes!

On the morning of their wedding, I arrived at Highgate House in Northamptonshire to see a very excited Jenny with her four bridesmaids having a lovely morning.  Nick would say Jenny is unflappable and I’d have to agree.  Having slept really well, not a hint of nerves, and just generally on top of everything, leaving her headspace free and clear to enjoy everything the day had in store for her.

While the ladies were starting their hair and make up preparations, I went over to catch up with Nick who said he hadn’t slept quite so well and was starting to feel pretty nervous.  Thankfully he had some friends and family around him to keep the butterflies at bay and they did a good job of distracting him with the challenge of doing up their wedding ties and arranging pocket squares in their suit jackets.

In the height of Summer, both the bride and groom’s rooms were very hot with the fans on high speed as they got themselves ready.  With Jenny & Nick hidden away at separate ends of the same location I was able to move between the two teams throughout the  morning.

Once Jenny was almost ready she got the news that the bridal suite was ready for her.  As Jenny waited for the room to be unlocked she was able to overlook The Baronian Hall beneath her where she would be saying her vows very soon.  She watched as the musicians began to practices their pieces and spied as the guests started to arrive.  It all started to feel very real.

The bridal suite was very much worth the wait, with an incredible view of the countryside, the flowers arrived and suddenly the room was full of colour.  With plenty of space, I was able to get some beautiful shoots with Jenny and her bridesmaids before Jenny’s dad arrived to see her.  Andy was such a great character and on top form all day.  Jenny gave her dad a fist bump to greet him, I took a few shots of them and it was time to give her away!

After a lovely ceremony, the guests gathered outside in the sun with their bubbly while the string duet played songs such as Toy Story’s ‘You Got a Friend in Me’ and Lou Reed’s ‘Perfect Day’.  The Hall was transformed with all the handmade details Jenny and Nick had made for their wedding celebration.  There were little jars of sweeties with funny alcohol related quotes on them and guests could use this as a token for drinks a the bar.  The name places were inspired by their pet cockatiel Penelope who Nick & Jenny absolutely love but obviously could not attend this gig.  The wedding cake was decorated with flowers to match the bouquets which were so delicate they looked like real flowers and each of the bridesmaids got their own individual cake as a little gift.    There was an instant Polaroid style camera for guests to stick their photos into the couple’s guest book with messages and also a sweet table for kids of all ages to enjoy.

I just love how these two bring out the best in each other.  I know they both tackled this wedding as a team and will have brought their individual talents to the planning. A really lovely day for such a fantastic couple.  Lots of love to you both xx 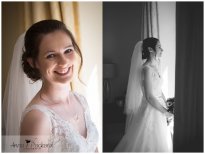 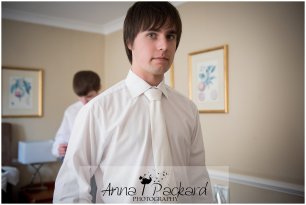 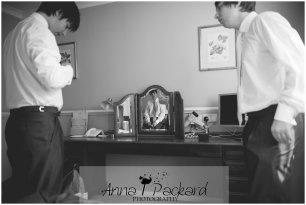 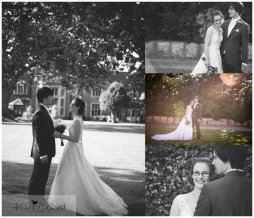 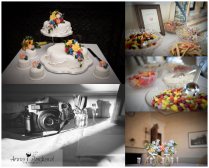 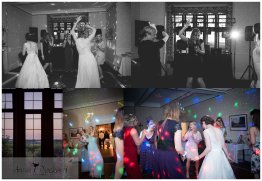