There was a lot to celebrate on the day of Jenny and Mike’s wedding as it coincided with the 10th birthday of their twin niece and nephew Melissa and Henry too.  Double fun!

When I arrived at Jen’s mum’s house in the morning, Jen was having her gloriously curly hair styled.  She had contemplated doing her own hair today but had a last minute change of heart when she realised it would be far nicer (and less stressful!) to sit down and let someone else take care of it.

Strapped to Jen’s bouquet was a locket that was given to Jen earlier that year.  All 4 sisters received one in remembrance of their late father, who I know through tears and laughter was in their thoughts and greatly missed during the day.

Mike and Jenny’s rings were engraved inside with their partners name and their wedding date.  I remember Mike explaining to me how he designed them during their pre-wedding shoot.  I’m thinking 3d printing, did I get that right Mike?

After photographing Jenny’s dress and the comings and goings of the morning, I set off to the church to meet Mike and his best men as they greeted their guests.  Not long after, Jenny arrived at St Mary’s Church in Haversham for her Godfather Uncle Al to give her away.   Jenny grew up in Haversham but they opted to travel to the church in a white cab to represent the busy and fun lives they have together in London now.

The service was personal with readings from old friends and a solo sung by Jenny’s Grandad Clarence.  At 90 years old, he is still a staple in the panto and dramatic performances.

Despite Mike having two Best Men on the wedding day, Jenny kept the responsibility of looking after the rings, while the task of taking them to the alter was given to Jenny’s nephew, Best Boy Henry.  He did an excellent job and the rings made it to the right place at the right time with perfect precision.

I don’t usually fret much about the weather on a wedding day as I know that it is all part of the fun of things and we will always manage to get a collection of images that show the essence of the couple’s wedding  day.  However, after going to visit Flaxbourne Gardens earlier that week and seeing all of the lovely features there, I was hoping that the forecast showers would miss us and we could get out there and explore the area on the day.

Flaxbourne Gardens is like something from the imagination of a 5 year old child.  A Roald Dahl book perhaps, or a Beatles track from their psychedelic era.  There’s windmills, wooden crocodile benches, hidden pottery pigs and a mirrored cave that you can walk through. There’s steps that lead nowhere and a zip wire which travels you to a wagon.  Enchanting.

This couple were so much fun.  Masters of silly faces, we managed to get some lovely (and some crazy!) photos of the newly weds and completed all of the group photos they wanted just before the showers came.  Perfect timing for lunch.

Throwing out the rule book in true Jenny and Mike style, this couple’s sit-down meal consisted of spaghetti bolognese and crumble for dessert.  And to protect the glam rags from spills, guests were given personalised aprons as favours.

The marquee was decorated with the bunting made by Eileen and there were dangling wooden plaques with classic song quotes on them.  There were blankets for getting cosy later in the evening and conkers for anyone that fancied a match.  To add to the childhood photos of Jenny and Mike, there was also an Instax camera and a frame board for everyone to stick a selfie of themselves on.

There were many other personal touches throughout this day too.  Jenny’s aunt did a brilliant job with the vibrant flowers and bouquet, with Jenny’s mum crafting all the metres of bunting throughout the marquee. Mike’s mum made the cake and I hear she worked hard on it for 9 months before it was ready.  It was a naked 3 tier sponge with fresh flowers and berries to decorate that looked spectacular in the setting. Jenny and Mike had made their own Top Trumps packs made with the details of the guests who were attending. These went down really well and I enjoyed seeing their reactions as friends and family began to play with them.

As the sun set, the evening went off with a bang, with a live band and the Prop Corner keeping everyone on their feet.

This was a cracking wedding day and it was lovely to look back and see it again.  Thanks for having me xx 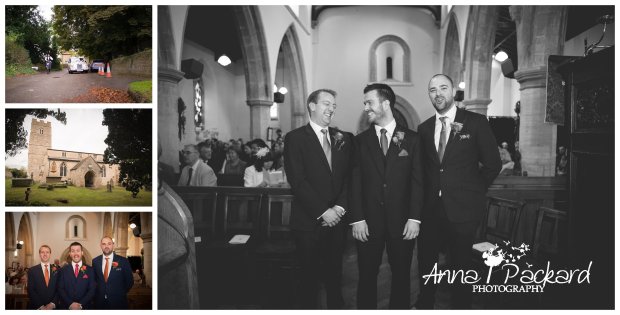 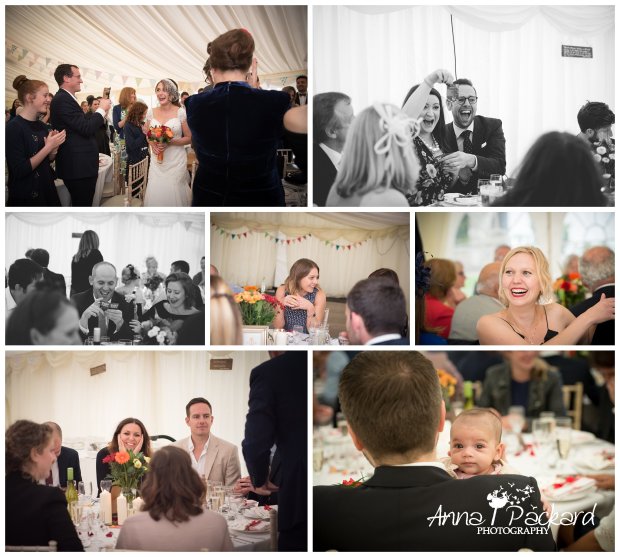 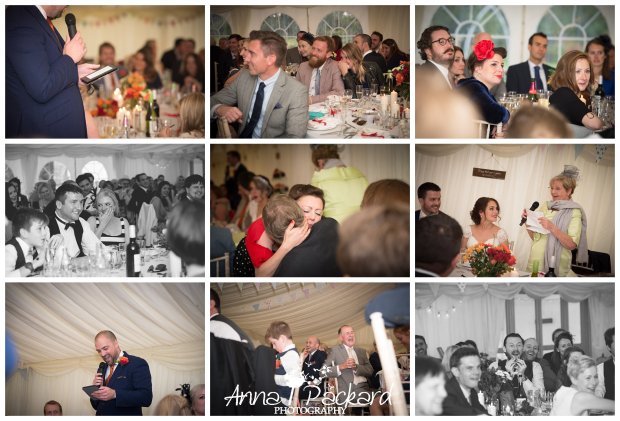 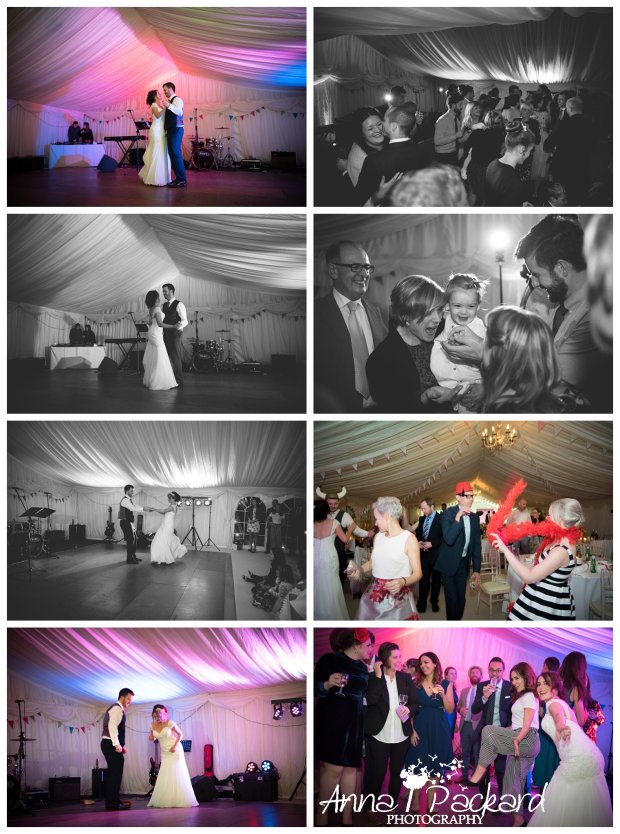